by Nisha Sharma
No Comments 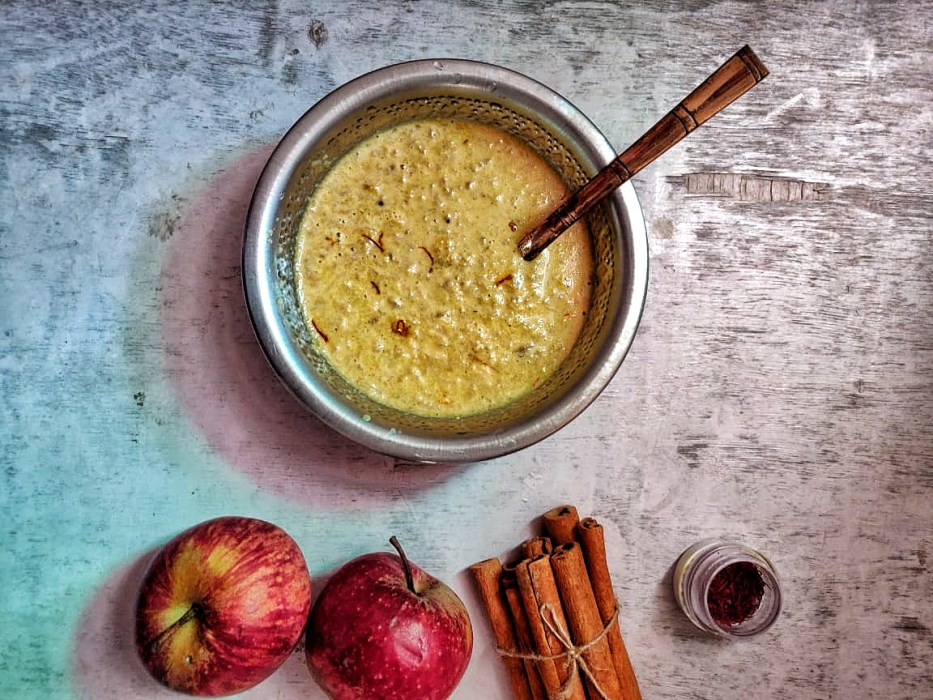 It’s that holy time of the year! Chaitra Navratri is going on and I start experimenting with the limited veggies and fruits we can consume during the fasts. Though my staple during the fasts is Sabudana Khichdi, Samak Pulao, and Kele ki Kadhi. This is a time to invent and try some recipes, which I am too lazy to try the whole year. Some of these recipes are Carrot kheer, Apple Cinnamon Kheer, Potato Halwa, Pumpkin Raita among others.

I had several apples lying with me for the last few days and I decided to do something creative with it and make kheer with them. Since I don’t love the plain apple flavor, I decided to add cinnamon since apple – cinnamon flavor is a match made in heaven.

This is such a simple, 10-minute and 4-ingredient recipe and is such a winner. I made it while fasting but this can be made and had any time of the year. This recipe is already a winner.

3. The apple would start leaving moisture but keep tossing it until all the moisture is gone and the apple turns slight brown.
4. Remove the cooked apple.
5. Now in the same pan, add some milk and a cinnamon stick to it. Allow the milk to come to a boil.
6. Lower the heat and let the milk simmer until it thickens.
7. Add some saffron strands to the milk.

8. Once the milk has thickened, add the gur to the milk and mix well.
9. Finally, add the cooked apple and take it off the heat.

Apple Cinnamon Kheer is ready. Enjoy it cold or hot as per your liking.

This site uses Akismet to reduce spam. Learn how your comment data is processed.